The BDL168 is a cost effective LocoNet Occupancy Detector for 16 detection sections.

Lets you know when detection sections of your layout are occupied.

When used in conjunction with one or two RX4 transponder detectors it operates up to 8 transponding zones and operations mode read back.

Know what is where on your layout! 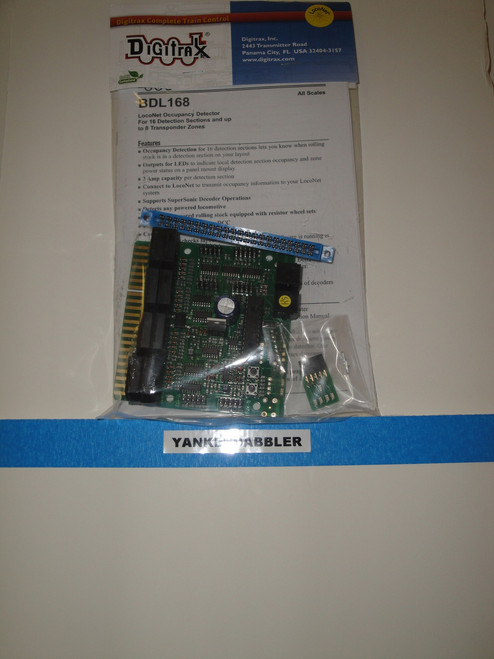