In 1996, the newly merged BNSF tested a new paint scheme to show off it’s new corporate identity. Affectionately nicknamed by railfans as the “Vomit Bonnet” due to the color combination. It lasted for quite a while before being repainted into BNSF’s orange and black scheme in late 2013. Our model depicts the as delivered scheme.

Progress Rail ended up with quite a few ex BNSF units when their lease expired. While roaming the whole system, they were picked up by NS and CSX as extra lease power and can been still seen operating today.

Each unit has a different name on the cab based on Alaska cities. These units had ARR only spotting features such as reflective tape on the fuel tanks, unique handrails and winterization hatch.

During the early-1990’s, EMD teamed-up with German engineering company Siemens to produce a freight locomotive that was capable of providing AC-traction drive currents, and thus providing a high-horsepower rating and lower fuel consumption for railroads which had an ever-increasing demand for saving fuel consumption by using a lesser amount of units to haul most of their trains.

The EMD SD70MAC was first introduced in early 1993, and began production later-on during the same year after numerous tests and improvements were made. Since then, the EMD SD70MAC has been a staple of heavy freight lines across the country.

As with every Athearn Genesis release, the level of prototypical detail is nothing short of spectacular. Each individual model comes fully assembled and is meticulously crafted to match the prototype that was researched to create it. 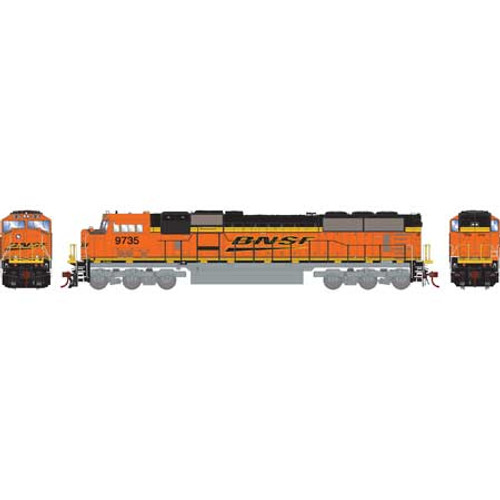