TH&B’s 3 steam generator equipped GP9’s began service in 1954 and effectively vanquished steam on this small Canadian railroad. Their time in passenger service was relatively short and they served out their time in freight service all the way into the CP Rail era.

In 1954 EMD upgraded the GP7 to become the 1,750 horsepower GP9. Externally, the first GP9s were virtually unchanged from the last GP7s. Later versions would include different louver arrangements and the last ones would come without the frame skirting. The GP9 was available with all of the fuel tank, steam generator, and dynamic brake options as the GP7, including “torpedo tube” air tanks mounted on the roof.

Many railroads chose to rebuild their GP7s and GP9s for continued service. Often times, it was cheaper to do this rather than purchasing brand-new locomotives. 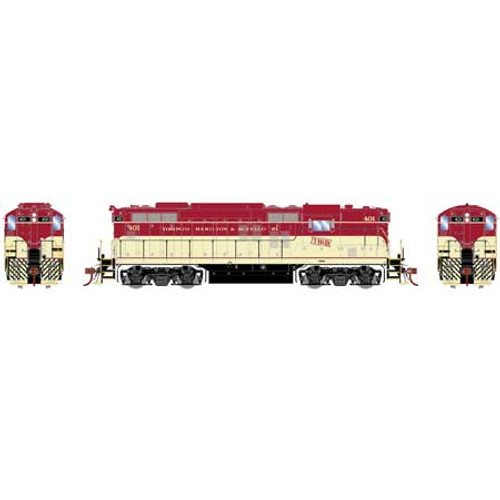