PSX4 DCC Solid State Power District Circuit Breaker, 4 Block, 0-20 Amps/Block.*
*The PSX circuit boards are scribed and milled so you can seperate [for example] a PSX4 into four individual boards if necessary.

The PSX is designed to specifically handle low power starter systems by simply jumping pins J6-1 & J6-2 together. This applies specifically to:

If you use AC power [Lionel, MTH, and American Flyer AC] order the PSX-AC.

As delivered from the factory, the PSX-1’s trip current is 3.81 amps. You can adjust it from 1.27 amps to 17.8 amps easily via programming or jumper connections on the board 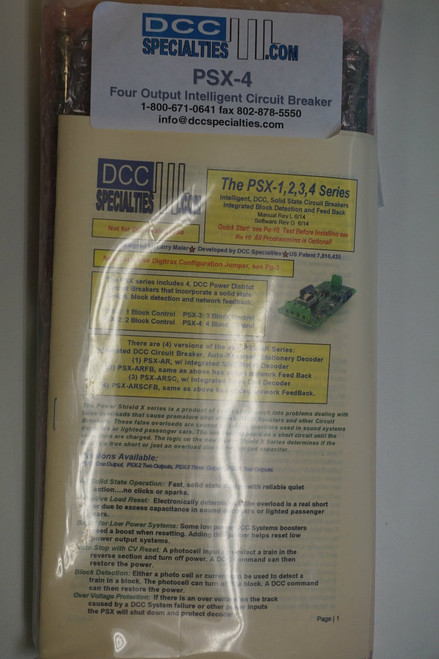