EMD's SW8, SW900 and SW600 all shared the same carbody, distinguished from other similar models by having only a single exhaust stack. Popular with railroads and private companies for switching and light road duties since the 1950s, many of these venerable locomotives still serve today. The SW8 is the newest addition to Lionel's switcher fleet. Featuring a single motor drive, both LEGACY and Bluetooth control, Railsounds and fixed pilots; these versatile locomotives offer trememdous features and detail in a compact model. They will be right at home switching cars or hauling freight on railroads of any size! 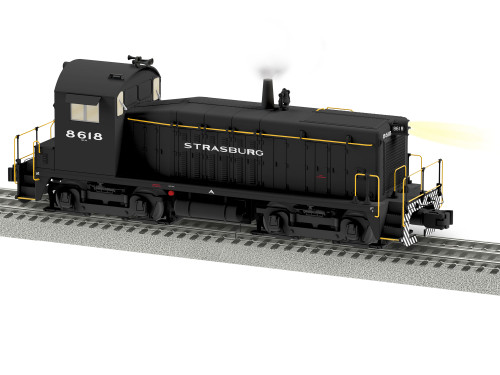